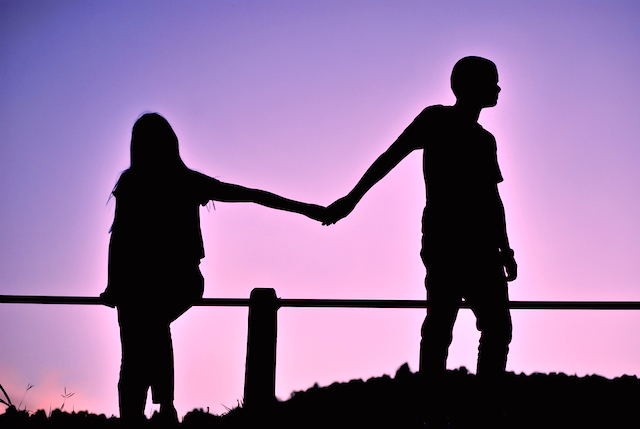 I have grown up (and still attend, to the admonishment from others, typically ‘cradle Orthodox Christians’) in Protestant Christian churches all my life.  Over the years, I have become disappointed in some things that I have seen that feels like the surrounding culture has too much influence on many churches and denominations in America.

My Bumpy Start with the Orthodox Church

Now, that is not to say that I have not seen some hurtful things within the Orthodox church.  That would be an untrue statement.  The very first Orthodox church that I visited in Atlanta was something of a disappoint to me.  Many of the members did not reach out to me with the Christian love that I had grown accustomed to in the Protestant churches that I have attended since birth.

Apparently, I was not “one of them,” therefore, they did not feel (or so it seemed) the urge to do as many Protestant Christian churches do: people greet and embrace one another, many times, while smiling and/or showing some kind of affection.  (I will not give the name of the Church, but I had noticed that another brother had a similar sentiment to my own when he made a comment on the Church’s Facebook page.  I hope they read it and took it seriously.)

Now, this welcome-people-in-the-middle-of-a-service attitude is not a part of the liturgies in the Orthodox Church from what I have seen thus far, but the overarching truth that I am really getting at is the majority of the members on that day did not make me feel welcome.  One gentleman shook my hand, told me a joke, and ushered me on into the sanctuary; another gentleman, who had grown up Methodist, came and sat beside me (I was the only African American male in the place) and would tell me what to do and when to do it in courteous manner.  But, after the service, he had to leave and no one else came up to me to tell me about or invite me to the Agape meal.  No one asked me about where I had come from, who I was, if I was a Christian, or (what may be of secondary importance to my being of the faith) am I an Orthodox Christian.  I have heard and read about some of the ethic pride that can be associated with Orthodoxy and some forms of Christianity since my initial visit though.

Nevertheless, Christians everywhere should be sure to be as our Savior – Jesus the Christ – was and is: always welcoming others in our vicinity to join in with us and making them feel comfortable and a part of us (obviously, within reason).  I believe this is vitally important as we call ourselves as having our identity in Christ.

[I am grateful to God that I have found an Orthodox Church in south Georgia that has been a blessing to me.  It is a small parish of one family, an older Greek lady, and few other people.  They accepted me and were loving right away.  They are looking for a full-time priest at the moment.]

My Wife is Not Becoming Orthodox

Although I have now found a little Orthodox church, there are still a few problems for me attend every service and to be more fully involved with its community.  One thing is I live a good bit away, which definitely puts a wrench into things.  But what has provided more difficulty is that my wife and I are members of a Protestant church where we live (in the Church of God denomination) and my wife is not all that eager in becoming an Orthodox Christian.  That is understandable and fine by me because one cannot make their spouse change their mind.  I can only show her the beauty of the Orthodox faith and she will either become Orthodox or not.

I do not believe that my wife and I are unequally yoked.  I am sure that I will take some ‘spiritual hits’ for this stance that I am about to share: I believe all of us – Protestant, Catholic, and Orthodox – are all still Christians.  We just see traditions, theology, praise and worship, among other things, differently.  Now, this is not to give the idea that I believe that any- and everything can pass for Christianity.  For example, I love our Mormon brothers and sisters and our family that are Jehovah’s Witnesses, but I believe that they are heretics.  Why?  From what I have read, seen, and heard thus far, these two groups cut away from some things that Protestant, Catholic, and Orthodox Christians see as core doctrine, namely the Trinity (Jehovah’s Witnesses view rejects God as Trinity) and Jesus (Mormons view Him as having been created).

Now, my beloved is not a deep person in the sense that she likes tackling the deeper issues of our faith that are addressed in theology, philosophy, Christian apologetics, and historical texts.  That is my bag!  So, I cannot completely encourage her thinking differently by argumentation, but by conversing with her over time about why I believe in making this change for my life.

Plus, the little Church of God family that we have has also been a blessing to us.  The pastor, our pastor, was there for my son’s birth, encouraged me through some tough days of my marriage, and still takes time out of his schedule to see how I am doing and embrace me in his humorous way.  How could I just leave him?  This may not be the kind of thinking for my Orthodox brothers and sisters, but remember that I grew up Protestant first and you should know that I, Jerome, am fiercely loyal to people who have been supportive of me.  I love old Britt (my pastor’s first name) too much to just jump ship, although the Divine Liturgies and my Orthodox brothers and sisters have given me love too.  It is possible that if we lived closer, then I would be there more.  Either way, it is not an easy thing.

But no one shakes my faith by thinking that I am wrong or giving me their unsolicited thoughts on what I should do about my walk with the Lord.  Constructive criticism and helpful words of wisdom and direction can be useful for my journey obviously.

I just remembered something that my wife said to me the other night about her not liking the idea of us going to separate churches.  I respect where she is coming from and I understand it.  Though I still attend our Protestant (Church of God) church with her regularly, I still try to make it a point to go back to the little Orthodox church for the liturgies.  They have blessed my soul more and more.  I remember an individual off of a social media site told me that the more they went to Orthodox services, the more they would miss them when they were not there.  I get it now.

Whenever I am not at the Orthodox services, I think about it on the regular.  I go to YouTube to play recordings of Divine Liturgies in the background; this is kind of like a way of taking me home.  The beauty of being in God’s Presence in the midst of the icons and hearing the Words of God being spoken and sung in the manner that they are in at the Orthodox church has really filled me in a way that I am not quite sure that I can completely put into words at this moment.

I love becoming an Orthodox Christian, but it is going to take continued work on my part to keep my wife encouraged when I go to services and she is not interested.  Well, at least, she loves the people and have gotten to interact with them.  I don’t know what the future holds, but I do know Who holds the future.

For now, I will just live in that: God has it and He will work it out in the end.

Christ is in our midst!  He is and ever shall be!

For more of my writing on politics and culture, please check out The Daily Nerv.  Then, follow me on Twitter and/or like my Facebook page.  My Project 21 Black Leadership Network National Advisory Council member page is here.

13 thoughts on “The Difficulty with Becoming an #Orthodox #Christian”